Madison County Farm Bureau and Cornell Cooperative Extension share a rich history as the same organization 100 years ago. On the local level, it started as a new collaboration between the Binghamton Chamber of Commerce, the Delaware, Lackawanna, and Western Railroad, and support from Cornell University. The very first extension agent started work in Broome County, NY. The idea spread throughout New York and the U.S., and still is the envy of many countries in the world. In the 1950's, Farm Bureau and Cooperative Extension decided to pursue different paths, though each still serve the same community. Farm Bureau's mission is to advocate legislatively for agricultural and farm business policies on the local, state, and national levels. Cornell Cooperative Extension's mission is to "enable people to improve their lives and communities through partnerships that put experience and research-based knowledge to work."

2017 was an historical year as it marked the centennial anniversary of extension service to Madison County. The early citizens that embraced the notion of ‘cooperative education’ were able to see the potential for a relationship that would extend Cornell University research and services to Madison County. That relationship has served us well by shaping, and continuing to shape, the landscape of Madison County in ways that ensure we remain true to our agrarian roots, while always looking forward to the ever expanding needs for agriculture and life sciences.

Cooperative Extension programs are present all across our nation, with a history that dates to 1862. That was the year the United States Department of Agriculture was formed and, just weeks later, President Abraham Lincoln signed the Morrill Act (also known as the Land Grant Act) which provided for the donation of land in order to establish “at least one college [in each state] where the leading object shall be… to teach branches of learning as are related to agriculture and the mechanical arts [engineering].”

That legislation opened the path for Ezra Cornell to found Cornell University in 1865 as New York’s Land Grant institution. It is quite remarkable that among the many challenges of the time – including the Civil War and Emancipation – President Lincoln recognized the importance of agriculture to building a strong and sustainable society. Past Cornell President David Skorton remarked in 2011 that the act was a “hopeful, optimistic piece of legislation, premised on the belief that through the education of people from all backgrounds in an expanded range of fields – from agriculture and the mechanic arts to liberal studies – we could become a better, more prosperous nation in a changing world.”

Moving forward to 1914, the Smith Lever Act provided a funding mechanism to extend land-grant research and teaching to the general public by providing for instruction and practical demonstration in the areas of agriculture and home economics. So formed the three-arm mission of Land Grant Institutions: teaching, research, and extension.

Madison County is truly an agricultural county blessed with a scenic ‘green space’ landscape. We have close to 45 percent of land devoted to some form of agriculture, and are home to approximately 691 farms, according to the 2017 Census. Within the farming community, the dairy, livestock, and field crop industry is valued at over $100 million in farm gate receipts each year. Coupled with this are strong and growing industries in equine, breweries, craft beverages, and emerging small farm ‘niche’ areas ranging from goat’s milk soap to worm farming for vermicompost. And the demographics of farmers are changing, with more women and ‘late bloomers’ entering the rewarding professions and side businesses available in agriculture.

In December of 2017, the community gathered at the annual meeting to celebrate the centennial milestone and look forward to the next 100 years. Centennial proclamations were delivered from the offices of Governor Cuomo, Representative Tenney, Senator Valesky, Assemblyman Magee, and the Madison County Board of Supervisors. It was a meaningful opportunity to recognize the contributions to Madison County for the past 100 years. It was equally meaningful to look forward to continuing to apply trusted university research that helps address problems and create new plans for agricultural economic growth and development in Madison County. 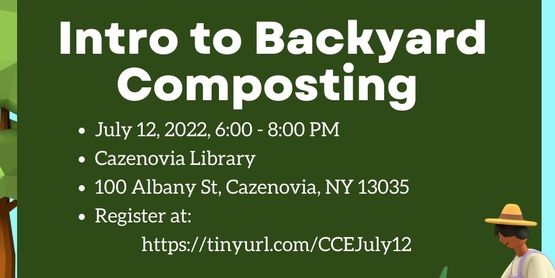